7 Important Signs The Universe Wants You To Move

You may have read and watched a lot of content about what signs the universe may present to you but are you aware of the signs specifically when the universe wants you to move or take action towards something specifically?

And do you find it difficult to know what direction to head towards because of fear-based thinking? This post will go through 7 signs the universe wants you to move to help you make the right decision even when you’re full of fear. 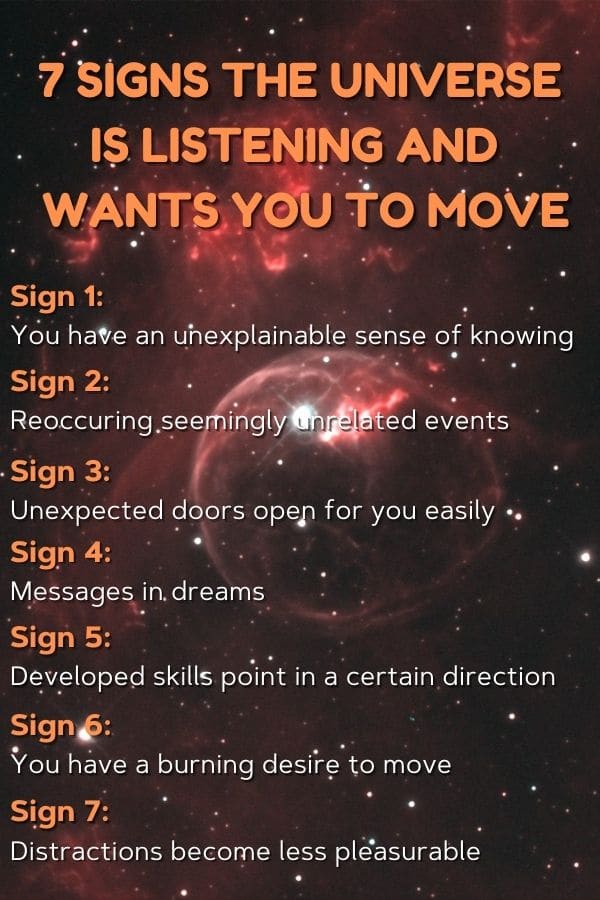 Sign 1: You have an unexplainable sense of knowing aka intuition

Meaning no conscious reasoning has occurred to create the feeling of knowing. Many believe intuition is purely a mental process as understood by modern-day science.

I come from the view that it also comes from something beyond ourselves, a greater intelligence.
It is important to distinguish the feeling from other feelings including emotions that may feel similar.

Often felt in the gut but it can be felt in multiple locations, it's more important to be able to distinguish the feeling of intuition from ordinary mental processes rather than figuring out its location in your body.

If you have an unexplainable sense/feeling of knowing that you should move in a certain direction or that you’re avoiding taking certain action that you know you should.

There’s a good chance you’re being guided to move in that direction.

Sign 2: You have reoccurring seemingly unrelated events that point towards something

Example:
You think about opening a clothing store but put it off due to a fear of failure and being unsure of where to even start.
Then within a short period, a friend randomly gives you a book on how to run your own business, and then later that day you bump into a clothes store owner.

Who is in the process of selling their store at a very reasonable price due moving which presents what you need almost out of no where.

What are synchronicities?
Synchronicities following from the above definition and example are basically two events that on the surface have no relation but impact you in a way that is related.

Which can even be someone mentioning to visit a specific location to then shortly after see a random TV show come on with the name of that same location.

Be cautious of making any rash decisions based on a few synchronicities because the reason for synchronicities are usually to tell you to pay attention or get your awareness to focus on something.

Rather than telling you to specifically do something.

If you find whenever you move towards something such as a career path, starting your own business, a sport, artistic talent, etc.

That barriers and obstacles just seem to disappear and opportunities are presented to you.

That makes pursuing whatever it is much easier to the point you think maybe you were/are extremely lucky.

Especially if you also feel intuition (read sign 1) then chances are this is related to either your life’s purpose or at least what you should currently be moving towards.

This might sound similar to sign 2 with synchronicities but this sign is when opportunities are presented to you clearly, especially if they are consistently related to one area of your life.

Most people tend to think and focus on receiving signs from the universe externally such as from the above signs through opportunities being presented, a series of synchronicities etc.

When dreaming it is much easier for the unconscious mind to communicate with the conscious mind, making you consciously aware of something when in a dreaming state then it is when you’re awake.

Keep a dream journal and look for any reoccurring patterns which initially might not make any logical sense.
You may discover something in your unconscious that the universe wants you to be aware of and move towards.

Sign 5: Your past experiences and developed skills point in a certain direction

If you have developed skills for example in customer service or working with people due to only being offered jobs related to customer service, even though you have tried to pursue other career paths.

Whilst having an interest or increasing your knowledge in human behaviour and you’re presented with opportunities for becoming a coach.

These may have been events leading you towards pursuing a career path for helping people with one example being coaching.

This isn’t just for career paths but may also include personal hobbies, charitable work, and more.

If you can look back in hindsight and see how your past experiences have prepared you for a certain direction.

Whilst feeling intuitively this is the path you should pursue then it is highly likely the universe is guiding you in that direction.

As mentioned above most people tend to focus on signs from the universe externally but we are all connected including being connected to the universe.

If you feel a burning desire to move in a certain direction but have been avoiding it due to limiting beliefs or any other form of fear.

Then chances are you’re unaware or missing certain signs the universe is already presenting to you to move in a certain direction.

Your mind may be limiting you or preventing you from moving in the direction the universe is guiding you towards due to your associations.

If you want to know more about associations and how to change them watch:

Whenever we procrastinate or put something off that we know we should be doing, this is the mind's way of coping and dealing with pain it associates with that task.

If you find what you use for a distraction such as food, TV, social media etc becomes less pleasurable or suddenly much harder to indulge in.

This can be the universe making it harder for you to be distracted and to move away from where the universe is guiding you towards.

If you suddenly find a lot of your distractions are made harder or less pleasurable pay attention to what other signs you’re receiving and where the universe is guiding you towards.

When looking for or interpreting signs its important to be aware that our minds search through and filters out information to reconfirm what we already believe to be true.

Basically meaning if you don’t believe something is possible for you and the universe is trying to present to you a sign for something that you truly want.

Your mind may filter it out of your conscious awareness, which causes many people to think that the universe has abandoned them or that they aren’t receiving signs.

The signs you’re receiving may also be a warning from the universe to slow down rather than to move towards something.

You might know on an intellectual level that you should move towards something or take certain action. But emotionally you don’t want to such as exercising more or eating healthier.

If you want to know more about your beliefs, how they can limit you from taking action and how to change them watch:

Affirmations are also a great way for changing your beliefs.

The importance of following signs from the universe

Many teachings around manifestation focus solely on what you should focus on, how you feel, your vibration etc.

And if you are ignoring signs to move or take action in a certain area you might be sabotaging your manifestation attempts.

Certain manifestations require physical action such as becoming a doctor for example.

If you just meditate on a couch no matter how much you try and strong willed you are you won’t become a doctor without taking the necessary steps towards it. 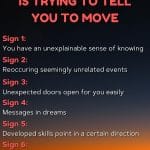 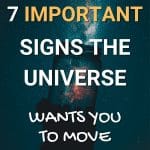 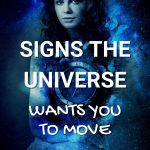 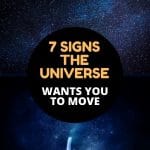 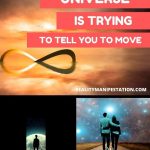 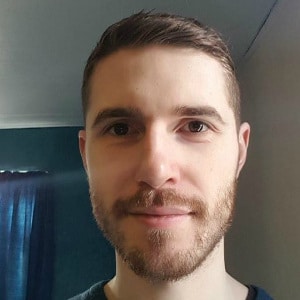 Adam Higson is a Co-founder of www.realitymanifestation.com and helps people discover the language of the universe and how to manifest the reality they want, through his courses, blogs, and tuning sessions that tap’s into the higher consciousness of the flow of the universe helping people around the world.

If you liked this message, you’re going to love the Divine Message Tuning Course… learn more about how you can access premium tuning sessions to receive accurate signs, answers and guidance from the universe now!