Law Of Attraction Tips For Those That Can't Get Results

What if a single tip on the law of attraction got you results?

I had personally for years read countless books on manifesting, attracting and even though I have had some very powerful synchronicities my life overall externally kept getting worse.

I have since come across principles that aren’t as commonly spoken about in mainstream teachings on the law of attraction that have had a huge impact on my life personally.

Think of how just a slight change in the angle of where you head towards or how you apply the law of attraction will eventually lead you down a totally different life.

A life looking back of your choosing that is drastically different due to just applying a single principle over a prolonged period of time.

This is the power of just applying one of these tips I’m about to go through and some of these tips for the vast majority of readers will have never come across before.

Law Of Attraction Tips That You Can Practically Apply The following Tips include both theory and examples for a deeper understanding so you can practically apply and start practicing them.

Tip #1: Desire that isn’t transmuted into intention is pushing the desired further away

You have likely heard before in order to attract something you need to have a burning desire were you can’t stop thinking about it.

Desire it so much that it keeps you up at night, this in itself does the complete polar opposite and only eventually leads to something being attracted if it is at all.

Because of the constant focus backed by a powerful emotion eventually leads to it being placed into the subconscious mind and communicated through our unconscious to a higher intelligence.

Usually when someone has burnt themselves out fighting life over the desired or visualized it so much that they begin to feel like they already have it.

Which stops the individual from constantly desiring and intending to have it as it is now already theirs in their mind. So they simply move towards it and it’s attracted into their life.

Desire is signalling that you don’t have what you’re desiring because if you did you wouldn’t be desiring it.

To the universe everything is already perfect and in harmony, by placing something on a pedestal it creates an imbalance in the vibrations you’re co-creating with.

If you already had the desired and didn’t see it as something amazing or wonderful only a special chosen few can have.

You wouldn’t keep constantly desiring and wishing for it to become true. In order for a desire to become true it must be transmuted into an intention.

Intention can be described as the commitment to have and act. Which basically means that what you once desired is already yours so you simply go and take it.

Without creating imbalanced vibrations and telling your subconscious that you don’t yet have it.

You don’t constantly desire and crave it as it isn’t put on a pedestal and the logical thinking mind believes it can have it which communicates this to the subconscious.

Which then communicates it to our higher self that brings you to a reality where the newspaper is yours.

Tip #2: Depolarize yourself to remain in balance

Relating to the previous tip the universe strives to be in balance by being polarised this creates an imbalance in the energy fields around you and the vibrations you’re sending out.

There are two polar opposites of everything that are on the same pole.

By even loving a particular trait it can cause you to hate the polar opposite. By being polarized demanding and craving a situation or circumstances to be a particular way.

It creates an energetic imbalance which creates challenging circumstances to rebalance the cause, such as pushing the desired partner further away from you.

The nature of our very existence requires polarization to some level, so we can’t aim to be completely depolarized.
However, by becoming more grounded and loosening our grip on how we perceive reality should be.

This causes us to create vibrations that aren’t causing as much disturbance which ironically gives us more control over our reality.

You can do this by:

- Spending 10-15 minutes Being barefoot in nature per day.

- Visualizing a white light coming from above you down from the crown of your head coming out through the bottom of your pelvis that goes deep into the ground.

- Get in the habit of asking yourself “What else could this mean?” When an undesired circumstance occurs to help shift your perspective.

Tip #3: Get clear on what you want but let go of the how

In order to set an intention and attract the desired reality you need to be clear on what it is you want to intend for in the first place.

There are several reasons to get clear on what you want including:

1. You will start to become more consciously aware of why you actually want it, which will help you become aware of if it’s for an empowering or disempowering reason.

Such as wanting a certain car so you’ll feel better in yourself or to show others how wealthy you are.

2. It makes it easier to turn it into an actionable plan so you can monitor your progress and you’ll be able to see more clearly if you’re heading in the intended direction.

3. It tells your reticular activating system which is a part of our brain that filters information from the millions of bits of information are senses are constantly taking in.

And brings what we perceive as important to the surface of our conscious awareness. This is why you’ll notice a particular shop that sells something that you need.

That you didn’t notice before even though you had passed it countless times prior to noticing it.

4. Your focus will be more targeted and less scattered causing you to align your vibration and what you put into your subconscious more specifically to the desired result.

Why you want to let go of the how:

1. The universe takes the path of least resistance, by demanding a particular person or circumstances to come via the means you want it to.

You’re severely limiting the countless possibilities the universe can present it to you.

2. By trusting and intending to move towards the new chosen reality you will also be far less disappointed if a result doesn’t appear to have been attracted.

As our higher self guides us towards what is in our best interest if we allow it and will eventually lead to you to getting a result far better than you initially intended for.

How to put this tip into practice:

Make a list of exactly how you want your life to be whilst being as specific and detailed as you can.

Also create another list of circumstances and events that occurred that you didn’t expect and how they led you to finding a new direction or people in your life that have had an empowering impact.

Tip #4: Let go of when something should be attracted by

Similar to the previous point but expanding more on the timing of when something is attracted. As well as the universe taking the path of least resistant.

It is worth taking into consideration if the desired result you’re wanting is in your best interest at the moment you want it.

Constantly demanding and telling the universe that your life should be a specific way at a specific time is the equivalent of a child arguing with their parent or guardian.

The child saying it knows what’s best for their life and demanding something that will actually cause them harm.
If you’re wanting to know more about why not getting what you want may actually be in your best interest.

I recommend that you read Why Being How Told Manifest Anything That You Want Is Wrong.

The only time you want to be specific when something manifests is when you have a deadline Such as if you have a work project that needs to be done by a specific time.

Even then by finding a balance of accepting and being ok if it isn’t done at that specific time.

But at the same time having the drive to complete it to the best of your capabilities you will attract far fewer obstacles during the process.

Which can be much easier said than done but becomes more natural as you start to see how much easier life flows.

If you’re intending to have and move towards to the chosen circumstances like you already have it now without a specific timing it will come much faster.

The universe taking the path of least resistance also includes the timing as well as presenting it to you when it is more in your best interest.

​Someone may want to attract their ideal partner but may not realize they have some experiences to learn and grow from first in order to also become the ideal partner for them.

Tip #5: Once you’ve set it you need to forget it

A big misconception in a lot of law of attraction teachings is that you have to constantly focus on the desired result.

The purpose of using your conscious mind to focus on any desired result with enough emotion and repetition is to drive it into your subconscious mind.

As this is when it can communicate depending on your belief system with our higher self or create changes through our thoughts and physical actions.

By having something constantly in your conscious awareness it is no longer in the subconscious which actually slows down and may even sabotage its manifestation.

This is why people tend to meet their ideal partner when they least expect it.

You can make it easier to forget your intended results by:

1. Having something planned to do immediately after any manifesting technique that you do so you don’t keep focusing on the result.

2. Reminding yourself that the universe takes the path of least resistance and that it will come once you just allow yourself to have it.

These aren’t the only tips that will help you apply the law of attraction but from my perspective and experience these are tips that are the most often overlooked.

And aren’t mentioned in most mainstream teachings that can very quickly bring big changes once applied.

- To put all of these tips together you want to transmute a desire into intention which is the commitment to have and simply act and move towards the chosen reality.

- Work on keeping yourself grounded and being able to accept your reality isn’t how you’re currently wanting and to stop fighting higher powers.

- Let go of how something is attracted and when it is unless you have a specific deadline as the universe takes the path of least resistance and knows what is best for you.

- Trust what you’re intending is already yours and once you feel it is in your subconscious to forget about it without constantly feeling the need to think about it.

If you're wanting to know about these tips in more detail I recommend that you read Manifesting The Ultimate Practical Guide. 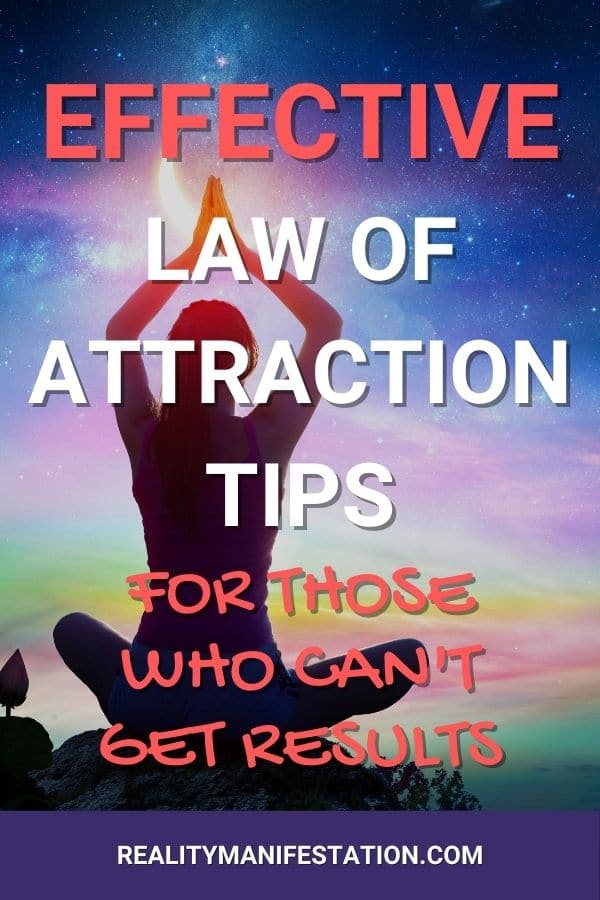 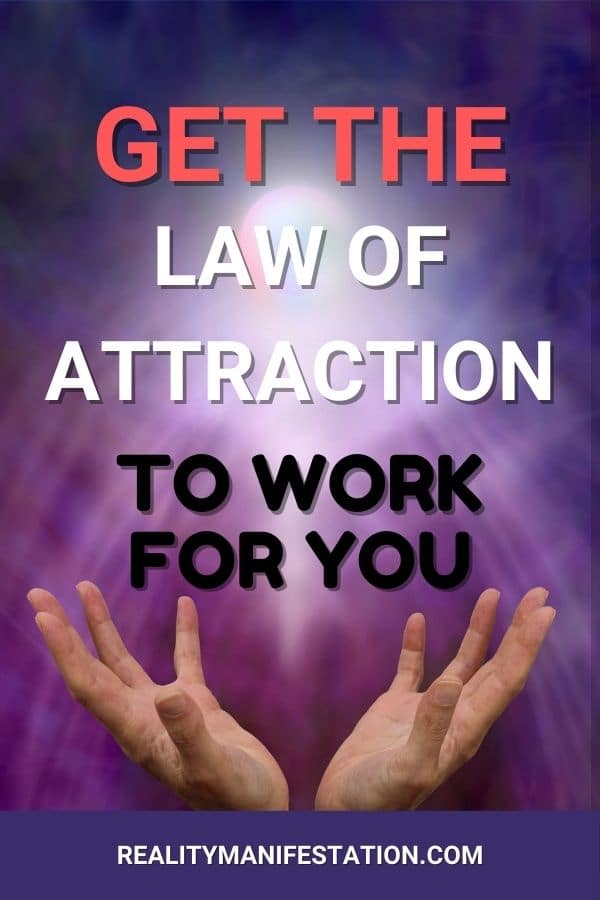 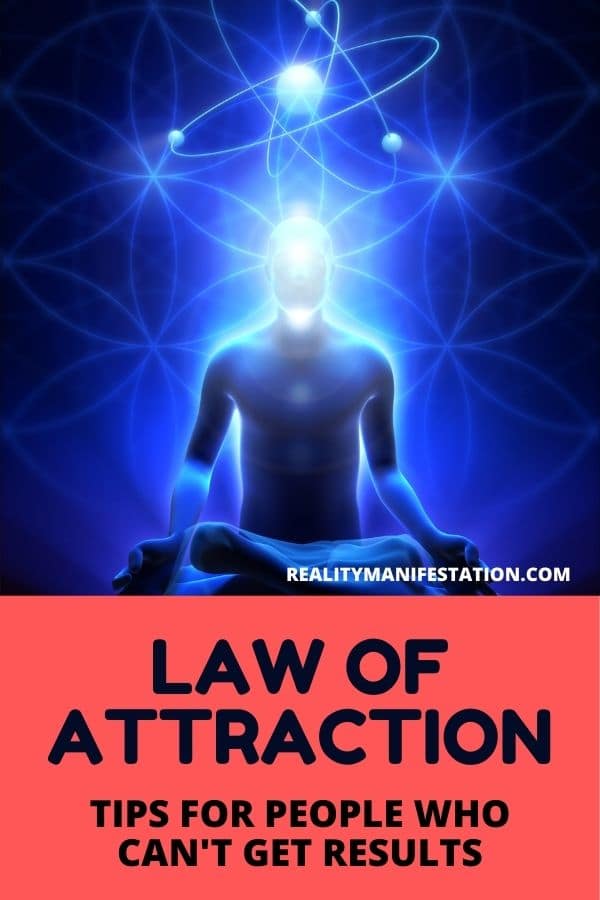 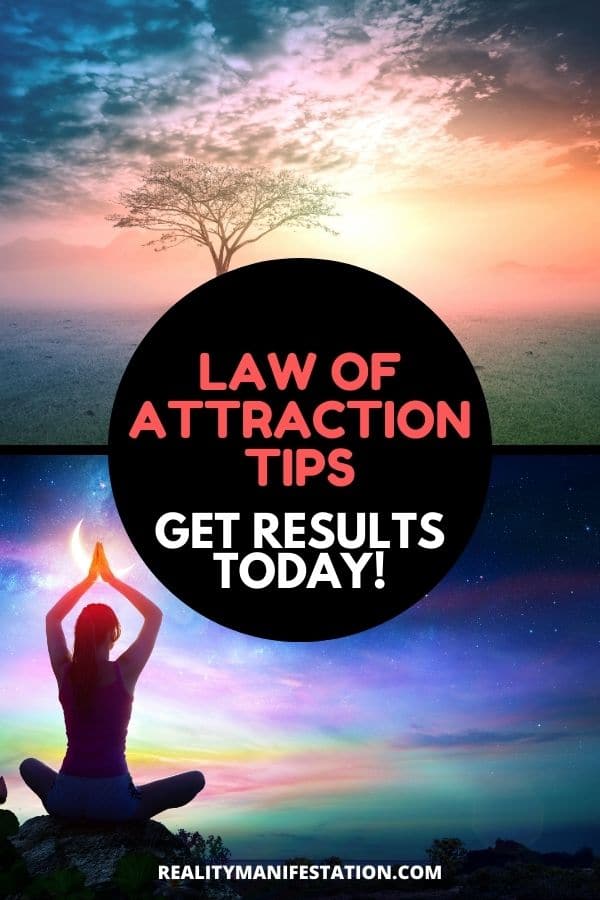 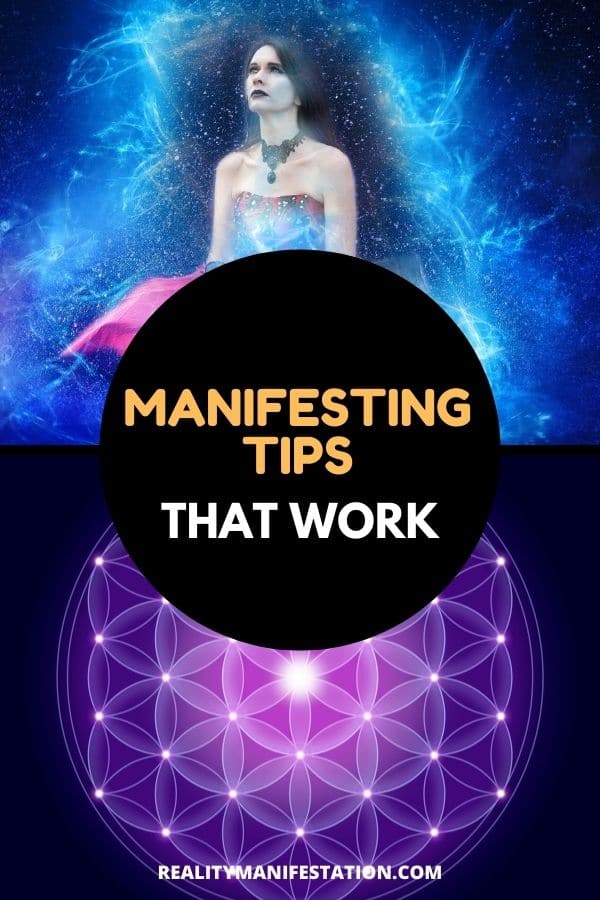 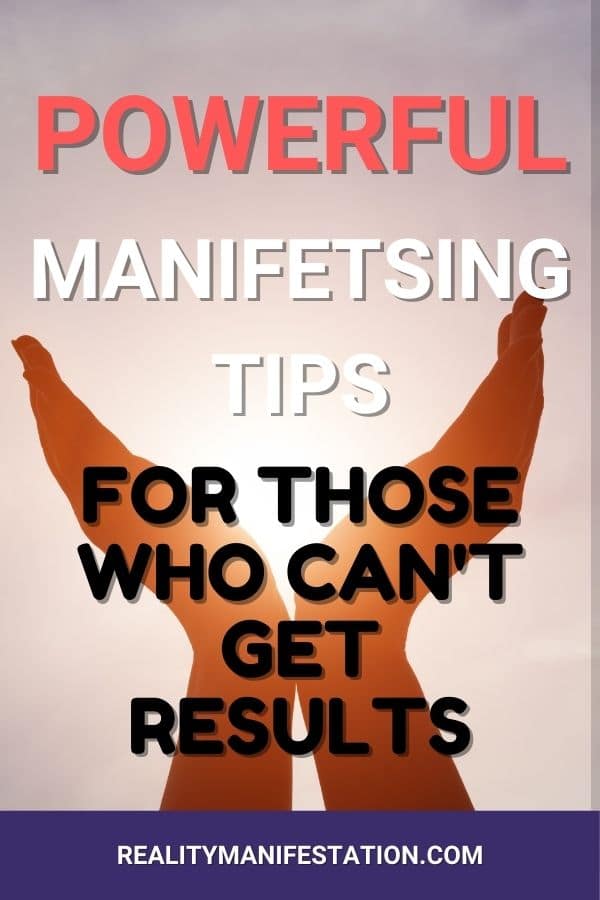