Why Being Told How To Manifest Anything Is Wrong

Is the universe abundant and can it give us everything that we desire?

We just need to know how and connect to the universe and it will fulfill our deepest desires.

If this is true then maybe everyone who has studied manifesting and spiritual teachings for a long period of time has to them what they would call the perfect life. Free of struggle, full of joy and fulfillment.

You're likely already familiar with the quote said by the Buddha which has a variety of different variations online but goes along the lines of saying:

"Attachment is the root of suffering"

With his enlightened wisdom he was saying through my interpretation it's our desires and not being able to let go is what causes us suffering.

With demanding and expecting to be able to manifest anything you want is the equivalent of telling the universe that you know what is best for your life and spiritual development.

I'm going to cover why you can't manifest anything you want, why it is actually for your best interest and why the gurus keep saying you can have anything. Imagine being given everything you would want in life immediately with zero or very little effort.

This at first may sound very exciting but think of it in more depth.

You have no reason to work as everything you would want to achieve has already been achieved and everyone that you want to help as already been helped.

Continuing from the above may sound like a paradox but expanding on it further. You have all of the cars, what you perceive as the perfect partner, great health, family and friends.

Which if you had literally no challenges or struggles in any of these areas initially for a certain period of time that would vary from individual to individual would feel great.

However, studies have shown that by being given everything we want and require with no challenges or goals actually leads to becoming extremely bored and eventually depressed.

As within us, we have a need for a variety and a deeper spiritual needs to grow and contribute.

Everything we perceive in our lives as either good or bad is influenced by what we contrast and compare it to.

Someone who had just been given fresh water in poor parts of Africa would feel very grateful and abundant in comparison to someone that lives in a relatively wealthy country.

Would feel like they're living in poverty if they were unable to afford all of their groceries.

Expanding on this think of a new an upcoming movie star that is seen and feels like a celebrity in their local city.

But in a room full of top world class actors may feel insecure and lacking talent in comparison.

By immediately having everything, you would no longer have a sense of purpose and have anything in comparison to strive for.

The answer to if having everything we want is better than the latter is a complex question but to keep it simple.

It isn't what we get and achieve in life that matters but who we become through the process.

Depending on if you have spiritual beliefs or not it's who you become that you take with you to the next realm and if you don't.

It's who you become that will determine the impact you leave on the world and what people will remember you for.

it is also missing a key point that if we were just given everything would we grow into the person we need to be for what we want?

If someone wanted to be a famous movie star or incredible scientist that was able to find cures for currently incurable diseases.

Would they have developed and grown into the person that is ideal for that reality to manifest?

Why are we put through difficult challenges?

We live in a binary universe with polarities.

Up, down, left and right.

Nothing can exist outside of a unified state without there being a binary with polarities. It is through challenging experiences we learn more of the opposite polarity and perspective.

I'm sure you have heard countless stories of people that have gone through what could be described as a living nightmare and were broken in every sense of the word.

To grow stronger than they thought was possible and created amazing changes that not only impacted themselves but others around them.

I wouldn't know for you reading this but I can say for myself looking back at challenges I had gone through at the time that felt like they would never end.

That I became extremely grateful for what the experiences led me to which no amount of physical manifestations, events or partners could have ever allowed me to grow and develop into.

Whatever the reason for not getting what you want I cannot say as the true answer to that question goes with the meaning and purpose of your life.

But by being aware there are deeper reasons to why we experience what we do and don't get everything we initially want.

Actually leads us to what we truly want even if at first, we're not aware of it. 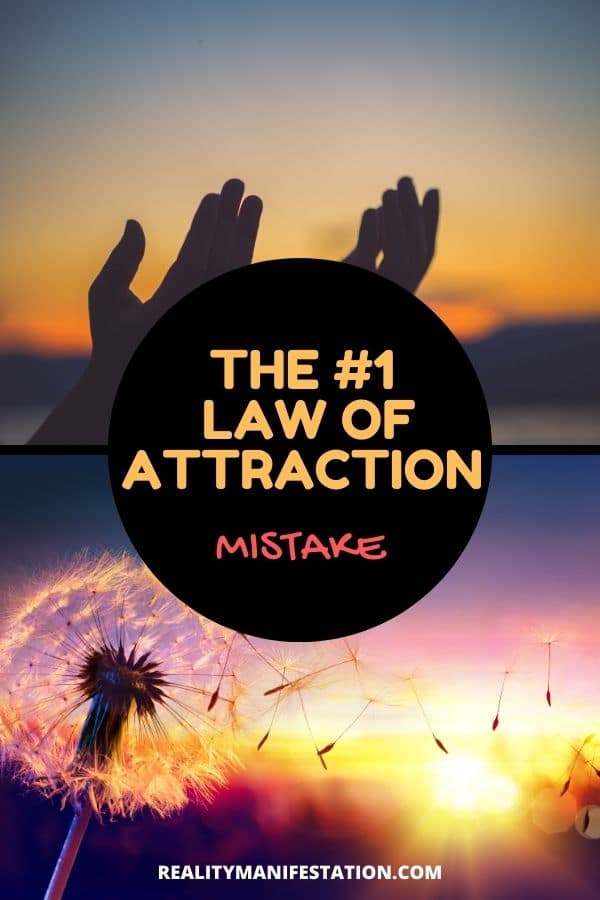 It isn't that everyone who mentions you can manifest anything you want is trying to deceive you.

As the majority have good intentions and want you to realize that you're connected to a greater intelligence that will help if you allow it.

Which can actually be very beneficial as the majority of society currently doesn't yet realize the higher power we're connected to.

However, this can be misleading when you take into consideration the points I have mentioned above and also avoiding the challenging sides to manifestation.

As not everyone wants to hear it but once worked on and realized can actually make manifesting the reality you're wanting much easier.

Should we limit what we aim or ask for?

I'm not saying that we should limit ourselves further as the majority of people don't realize their potential and the true power to the greater intelligence that we're all connected to.

Rather become aware that the universe is designed and works in a way that is for your greater good even if on the surface it appears to have abandoned you.

By becoming aware of this you can realize that the universe will lead you towards what you're intending and manifest in ways much better than you're expecting.

And that it's important to become aware of as having the mindset of believing you can manifest anything will make you doubt the universe when it doesn't deliver in the way you expect it to.

Which ironically sends out negative vibrations that can push away the desired reality you're wanting.

How do I know if what I want is coming to me?

If you realize that you don't get what you want but you get what you are. And that the universe works in mysterious ways and may lead you down a path.

That leads you to becoming the person necessary to not only have the desired but having something in more alignment with your true purpose.

Another misconception is telling the universe how it should deliver what you want as it takes the path of least resistance.

Which means with all the countless possibilities of how something can manifest, demanding it comes in a specific way is only making it harder for it to be delivered to you.

We have traveled on a brief journey together and discovered that we may not get what we initially want as the universe has something much better in store for us.

The universe knows what is best for us and that in order to be aligned with what we truly want we first need to go through necessary lessons.

That will lead us to becoming much more aligned with our true purpose.

Form the habit of reminding yourself this when you seem to be being led down a path that doesn't initially seem like the right path for you.

As you can be reassured that the universe is looking out for your best interest.

The universe is guiding you. 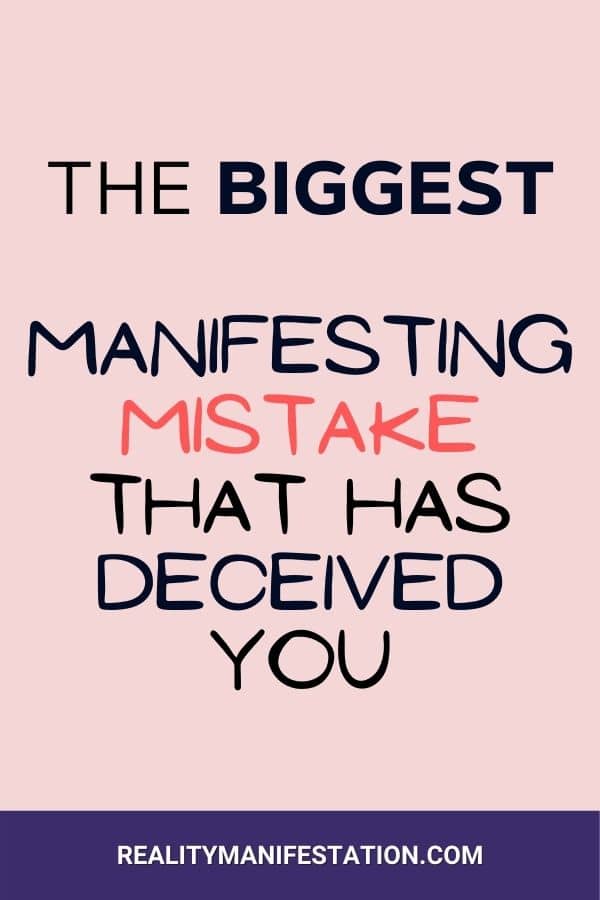 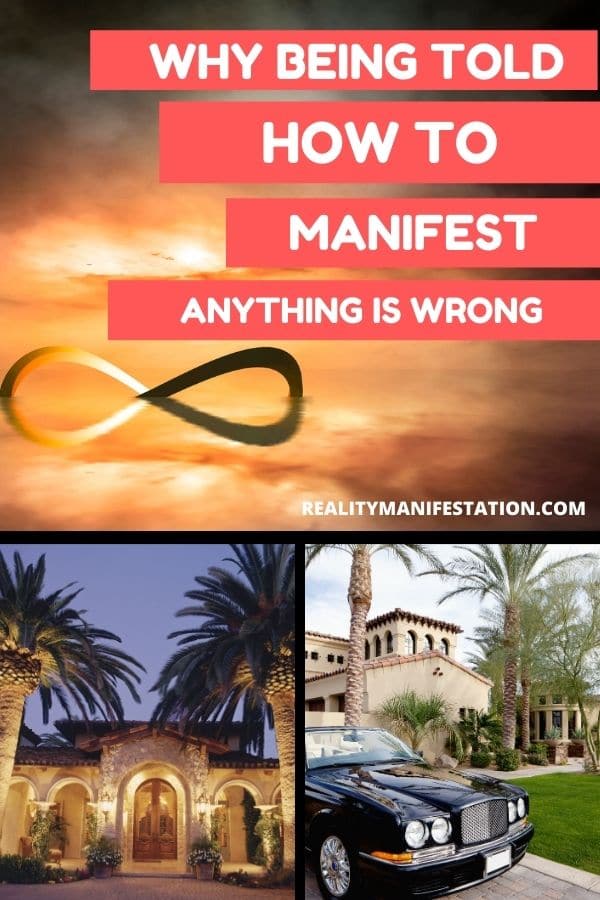 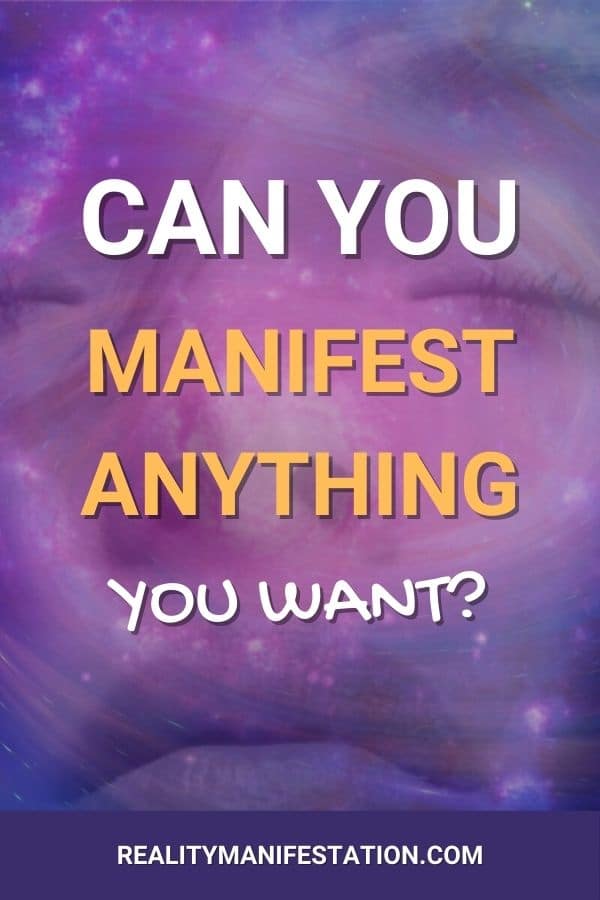 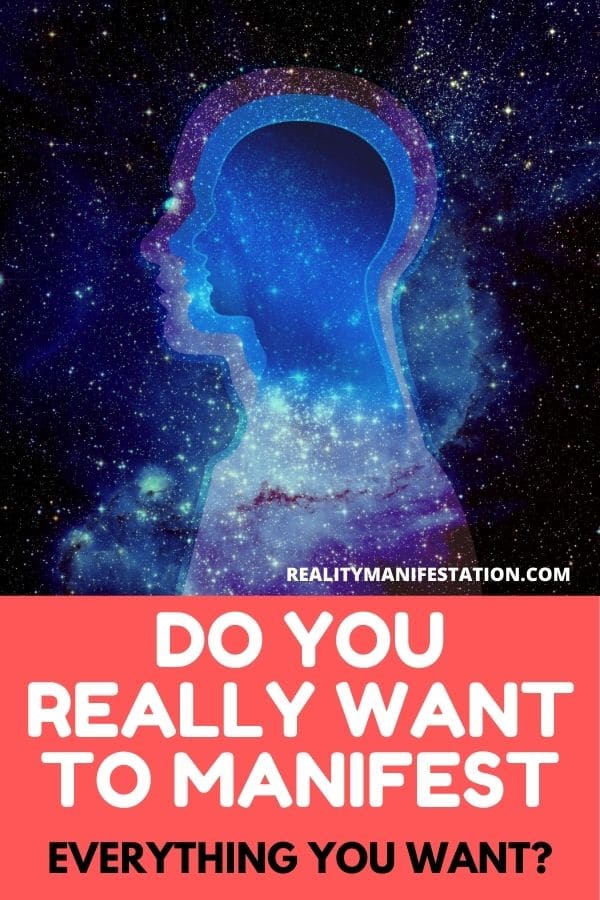 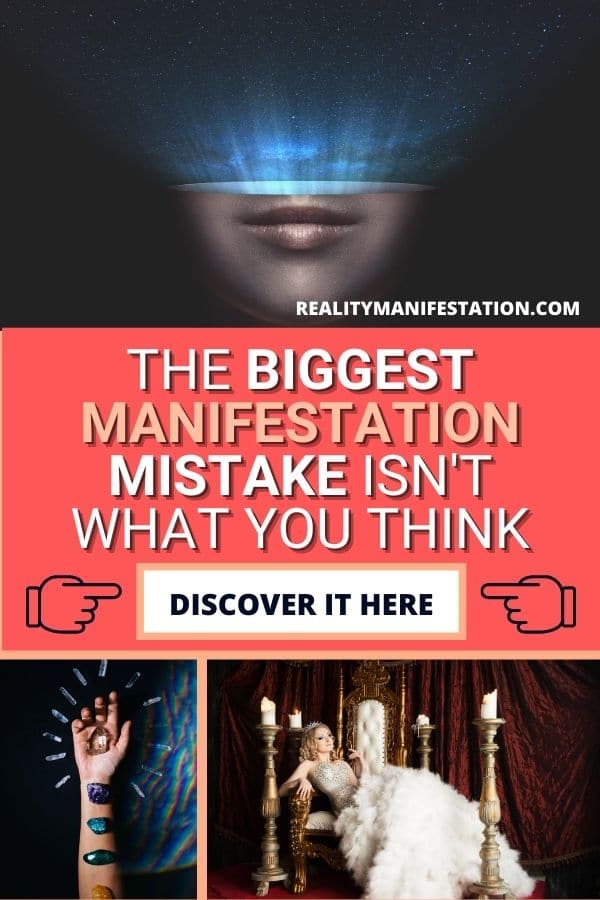 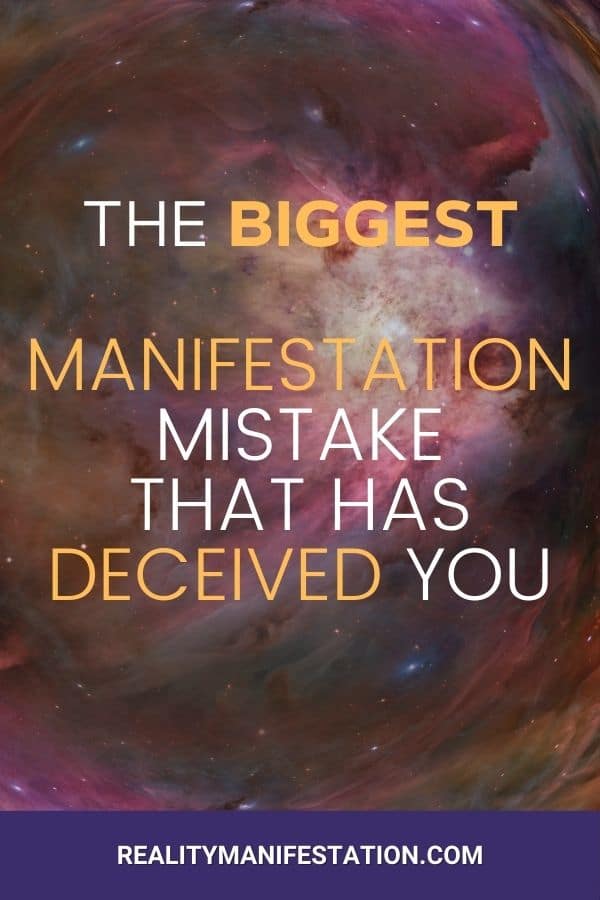