Signs the universe is testing you or is it

A common question I see... “Is the universe testing me?” This line of questioning within itself is missing a key aspect of how the universe works.

The universe doesn’t just randomly test you like a maths exam to see if you’re capable of achieving a certain grade or if something is what you truly want.

But rather the very fabric of the universe and how we are designed is to grow and evolve. Through experiences with as many lifetimes necessary to achieve higher states of consciousness and understanding. Including learning through obstacles and challenges.

Imagine a parent helping their child prepare for a maths exam, they aren’t going through questions randomly just to test them. But rather to help them grow and develop so by doing better in their exams it will help them later in life.

With that said it is very common to feel like the universe is testing you which are unlikely for the reasons that you think.

If you feel like the universe isn’t giving you a break continue on as we explore more about how the universe works when it comes to being tested.

Why the universe is NOT testing you

Expanding on what has been mentioned above the universe isn’t testing you but is designed for us to grow and evolve.
To use an overly simple analogy to help explain this think of a child that is being educated at school or being homeschooled.

The child isn’t going through the challenges of being educated just to pass tests but rather so they can go use the information learned to apply in their lives.

Or to eventually use it to grow and advance further such as going to college and university etc. A child isn’t taught how to read and write just so they can pass a test its to help them grow and expand, it's a form of growth and evolution.

Which will then allow the child to further grow, which is how the universe works with its countless expressions.

Why does the universe want us to grow and evolve

The universe, God or whatever you believe in does this with creations including us to further grow and evolve, and growth can only happen through obstacles and challenges.

Basically meaning the universe and our lives are set up in a way to cause us to face challenges and obstacles because it causes our souls to grow and mature.

Why it can feel like the universe is testing us

Our experience of reality isn’t based on the actual reality itself but rather our perception of what we experience.
Our perceptions are very limited due to what can be picked up through our five senses.

The bits of information picked up through our five senses are then filtered by our brains based on our belief systems.
I am oversimplifying how our minds work and how information is filtered through our senses.

But this should give you an idea or how distorted our experiences are compared to what is actually happening in reality.

If you believe that the universe is testing you this is the experience that you will have. Because this is how your mind will filter out the countless bits of information being picked up through your five senses.

Why it’s important to have empowering beliefs about growing

If you feel like you’re constantly being tested this implies you aren’t already enough and that something about you needs to change. Which depending on how you look at it can make you feel anxious and not good enough.

Or it may leave you feeling inspired to grow and become more, what is important is that you find an empowering meaning to why the universe wants you to grow.

Because due to our limited perceptions we cannot fully perceive why.

Why the universe wants you to grow

The universe wants you to grow because the main never-ending forces in the universe are growth and contribution. Everything either grows or dies,and the reason things grow is so they can contribute beyond itself.

Your growth isn’t just for your own benefit but for the benefit of those around you.

Your own progress in raising your own consciousness also has an effect on the collective unconscious which impacts everyone as a whole.

Is the universe testing me – law of attraction

Many people get caught up in labels to represent a set of teachings or how things are supposed to be and try to find further evidence that supports their already held beliefs.

A common question related to being tested by the universe is how it relates to the law of attraction.

The law of attraction is a label for a series of teachings related to attracting events, people, and circumstances into your life based on a series of rules you must adhere to, that is if you want to be in conscious control of what you attract.

How does the law of attraction work

To give a very basic overview the law of attraction states like attracts like, so basically you’ll attract a reflection of who you are and how you view reality.

Example: If you believe money is easy to come by and feel abundant you’ll attract financially favorable situations that result in you having an abundance of money.

If you're a kind loving person you will attract like-minded individuals similar to yourself.

A common belief and question related to the law of attraction is...do I need to prove to the universe what I really want or that I’m worthy?

This question in itself is a contradiction because if according to the law of attraction we attract who we are, why would you need to prove anything?

You have to become the version of yourself that will naturally attract the circumstances that you want, by trying to prove something you’re demonstrating that you don’t believe you already are or deep down you aren’t already worthy.

This also includes proving that you want something, wanting doesn’t attract something. Wanting and dreaming just is simply that a desire. It's only when you align with your desires and intend to have it that you will attract it.

when you become the version of yourself aligned with it and take the necessary steps towards what you want to manifest.

Why the universe presents opportunities to grow not to test

Muhammid Ali already saw himself as the heavyweight champion and took the necessary steps in his training to truly align and make his desire a reality.

The universe will present opportunities that cause you to grow and progress towards your life's purpose.
By thinking the universe is testing you, this is assuming the universe or a higher power doesn’t already know who you are or what you’re capable of.

When it's the power and all-knowing of the universe and higher powers that creates and maintains your very existence in the first place.

Which is why the universe knows what challenges to present you at the right times.

There have been beliefs and philosophies for manifesting literally thousands of years before anyone ever mentioned the phrase law of attraction, Including cave paintings for successful hunting.

It doesn’t matter how you believe manifestation works, fundamentally what is important is your level of consciousness and how you perceive reality.

Whether you believe it's spirits, the universe, your unconscious mind, your energy and vibration, God, thought forms, or something else.

Who you are which is based on the beliefs you have about yourself and how you view reality will determine what you attract because it changes how you show up and apply any of the above mentioned models for manifesting.

The dangers of believing that the universe is testing you

You might not like the following as it involves some self-reflection which might be very painful for some of you. If you don’t want to self reflect and make any changes in yourself or your life avoid reading any further.

If you believe the universe is testing you this can cause you to overlook mistakes you’ve made and avoid taking responsibility for those mistakes.

If you own your own business and sales drastically decline you may see this as just a test and that you need to prove to the universe, or some higher power that this is what you truly want and that you’re worthy.

Rather than taking into account the reason your sales are declining is that the quality of your service or how you treat your customers has declined or you haven’t progressed and improved your product.

Whilst all of your competitors have progressed and developed with the times whilst you’ve remained the same.

Our mind's two prime motives are to help us avoid pain or to move us towards pleasure. No one likes to be wrong this is why so few people take self-responsibility for the mistakes they make or blame others for their mistakes and failures.

If you feel powerless or unable to change something it is much easier to blame outside circumstances or just to believe that you’re being tested.

Rather than questioning are you overlooking something and that you may be the cause?

It can be pleasant to think that we’re always being taken care of and that it doesn’t really matter what we do because the universe always has our back.

But this can be a subtle form of escapism which can cause someone to overlook that it will stop them from facing the hard truth.

The hard truth that will cause them to grow, and become who they truly want and manifesting what they want.
As a byproduct of the growth and lessons learned that made them become the version of themself necessary.

Does this mean the universe doesn’t care about you

This may sound like the universe is cold or doesn’t care about you or your best interest when it is actually the opposite.

The universe unconditionally loves us and has the patience for us to require countless lifetimes to learn a single lesson we repeatedly don’t get.

With that said like a loving parent that loves their child, they want the best for them which can include making them have lessons that the child doesn't want.

Because they don’t understand that it's in their best interest.

Which is the same when the universe presents us with challenges and obstacles to grow. Which includes lessons on self-reflecting and seeing how we may be the cause of our own shortcomings and failures.

I don’t want you to leave this blog post feeling deflated or that there is something wrong with you. But rather to know that the universe has your best interest in mind whilst being aware of potential blind spots that you may have.

And if you have blind spots that you have overlooked that the universe is inviting you to grow, because it wants you to become an even greater version of yourself so you can help others.

Whilst understanding the universe isn’t judging you demanding you pass a test but rather inviting you to grow at every stage of your development like a loving parent with their child.

I hope you found this post useful, please share it with anyone else you think will find it useful and comment don’t below if you have any general comments or questions. 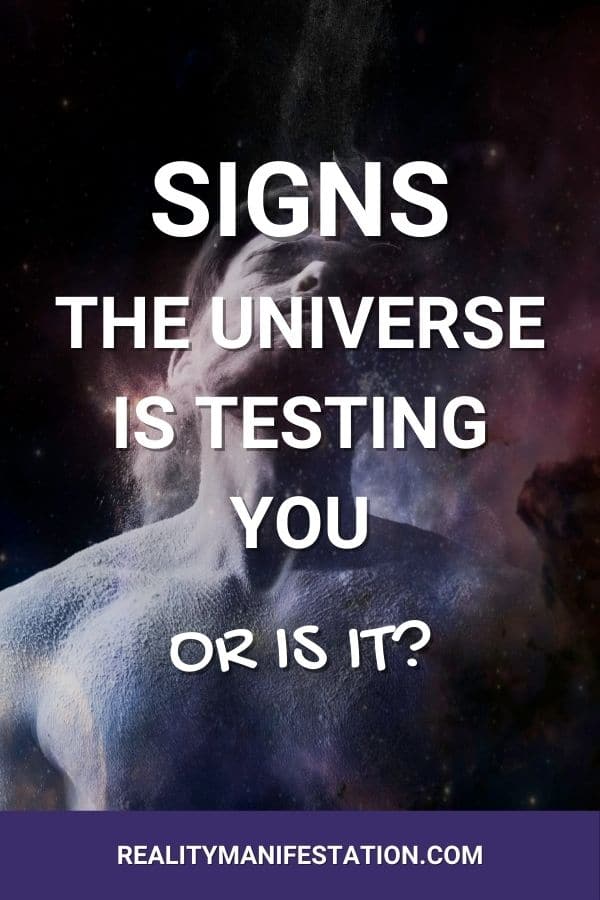 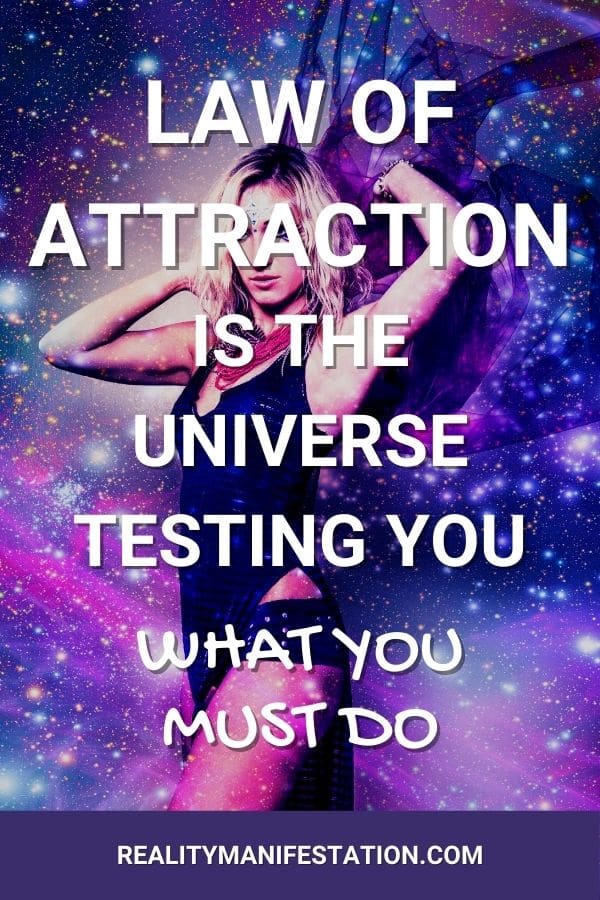 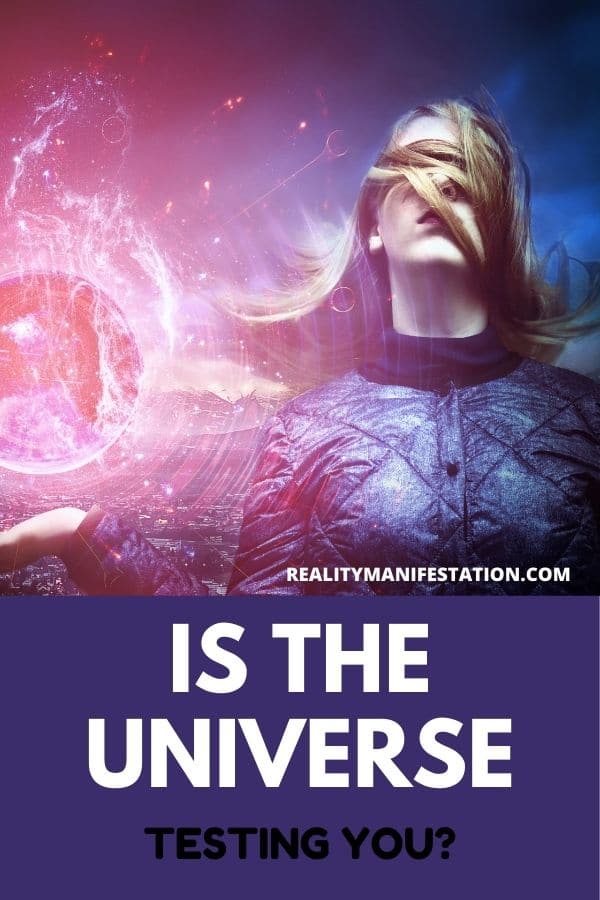 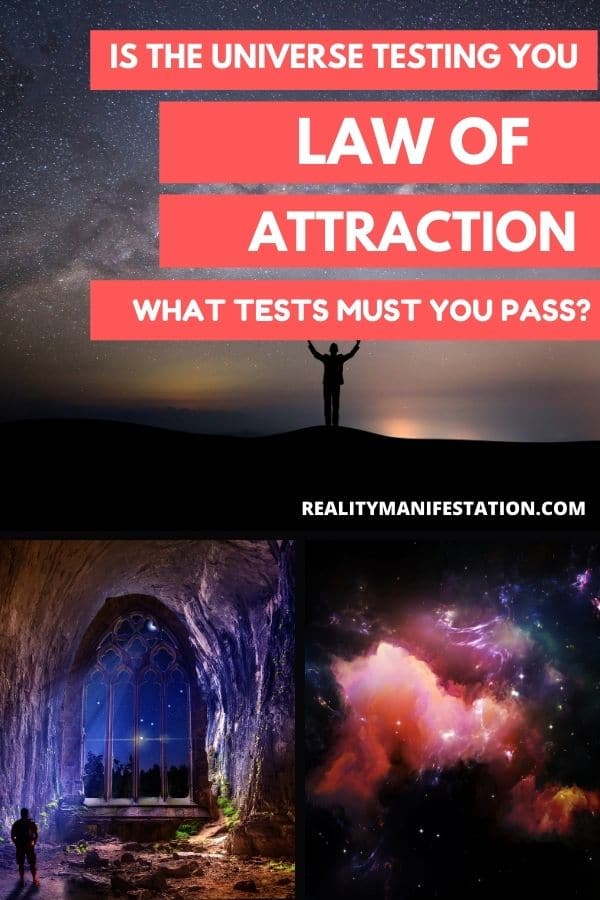 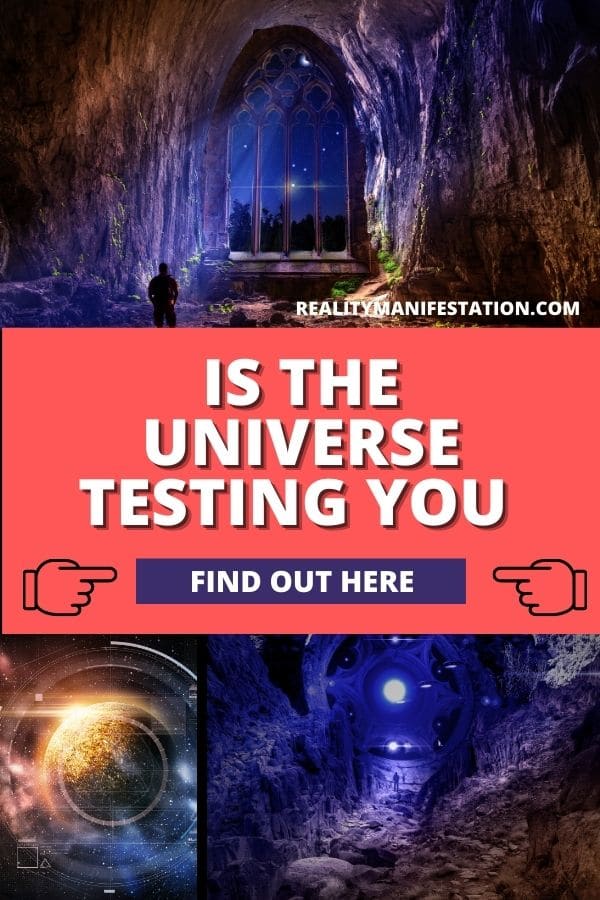