Do you know what causes money manifesting techniques to actually work?

Do you know why they work for some people but not others?

Do you know you can discover the reasons why and get real results for yourself.

Manifesting money has the same fundamental principles of manifesting anything into your life.

Money is a physical representation of an energy that is used to exchange value.

Even though the fundamentals to manifesting money are the same as anything else.

I'm going to share steps and a very powerful technique at the end specifically designed around money.

That actually gets results that you can start applying for yourself. Before going into these steps it is important to quickly go through some important and often overlooked concepts.

Otherwise, you run the risk of making your financial situation worse.

In order to start creating a financially abundant mindset and vibration, you first need to become aware of your current associations to money.

If you're unsure on how to do this and having problems with manifesting in general I recommend reading ​Manifesting The Ultimate Practical Guide where I cover this in detail.

This will also be covered in the steps to follow.

What will make the following steps work even better

- When it comes to manifesting money you want to focus on the emotion of spending rather than receiving.

- When the money itself is less important than the pleasure of spending it. The money will come easier.

- Accept that it might not work or take longer then you're planning and it will come faster and in larger amounts.

- Do as much as you can in the physical world as this opens up more opportunities for the universe to give it to you.

- Put the intention or need for money out of your mind by doing anything that you're interested in or that keeps you busy.

As the more you focus on something with a feeling of importance you're actually pushing it further away. The following is a powerful technique that will attract and bring money to you but it's worth noting that it will likely come to you in a logical, ordinary way.

By this I mean if you completely forget that you had performed the technique you will likely one day just think you had a lucky day.

And receive extra money out of the blue such as extra sales at work, an unexpected tax return or even a huge discount on something you intended to buy.

Which will cause you to doubt whether it was just a coincidence or if it was due to the technique.

Step 1: become aware of your current associations to money

No matter how many techniques you perform if you have disempowering subconscious associations to money, an abundance of money will not last for very long.

Then you get angry and complain about it which reinforces and strengthens the belief.

You can start to become aware of these associations by making a list of what money means to you positive and negative. Do this by writing the empowering and disempowering associations on separate sides of a piece of paper.

​Money to you may mean freedom, abundance and pleasure. But it may also mean greed, evil and responsibility.

Depending on your associations will determine your behavior and vibrations related to money.

Once you have become aware of your associations by the side of any negative associations rather than trying to remove it rephrase it.

​If you have an association that having a lot of money is greedy you can rephrase this belief to its only greedy if I don't use it to also help others.

Or you could rephrase that money is evil in the wrong hands but I use it for good. Whatever best resonates with you and in relation to your associations.

What to do if you're struggling to shift a negative association

Our associations come from the meanings we attach to things which are mostly subconscious.

You can help shift this in relation to money once you become aware of the associations following the step above by then asking:

- What effect is this belief having on me and my family?

- When did I first learn this belief and who from, do I want to model this persons view on money?

- What effect will it have if I no longer have this association around money?

By answering this questions it will help become aware to the reasons why you have these association so you can start making a shift.

The following technique has two versions one with a green candle and one without and a brown paper bag.

The version without the candle isn't as effective so I recommend the candle version.

However, before I go into it I want to caution and recommend that you use basic fire safety and to never leave the candle lit without your supervision.

Performing it is at your own risk, with that said if performed correctly it is a very powerful technique.

Before deciding to perform this technique note that it works better if it is done on a Thursday or Friday.

What you will need to perform this technique is:

1) A green candle preferably unscented with a suitable candle holder, and yes it has to be green in case you're wondering (if you're going to use a candle) as in most cultures green is associated with money.

2) Brown paper bag which you can get for free from most groceries stores or even pieces of a brown envelope is fine.

3) A pencil to write your statement of intent.

Step 3: Write your statement of intent

You want to take your brown paper bag and tear a piece off removing any corners, then write your statement of intent in a present tense.

- I have even more money than I need for my holiday

- I can afford my healthcare

- Money flows to me consistently in abundance.

Make sure that it is written in a positive context.

Instead of writing - "I no longer struggle to pay my bills"

As to the unconscious, this is processed the same as saying I struggle to pay my bills. Instead this could be better phrased as "I easily afford to pay all of my bills"

Step 4: Transmute your emotions into the candle

In a clean environment either wearing your best and most expensive clothes.

Once you have everything set up before lighting the candle hold it in your right hand, focus on the emotion the money you're wanting will give you.

Avoid trying to focus on a figure as the unconscious works on emotions not figures. Once you have this feeling, focus on pushing it into the candle.

The stronger the emotion the better, do this for as long as you can until you start to tire and just before you begin to lose interest.

If you're not using a candle just focus on the emotion.

Step 5: Using your statement of intent and lighting the candle

Place your statement of intent facing downwards so you cannot see it and place it under your candle holder ONLY if it's safe to do so.

Otherwise place it close by to the side of it.

Then light your candle and watch it in a relaxed state until it burns all of the way down. Depending on the size of your candle this can take several hours so I recommend avoiding buying a candle with a long burning time.

You can have breaks by putting the candle out then coming back but I recommend only doing this if you have to such as for a toilet break.

The technique is complete when the candle has burnt all of the way down.

Version without a candle:

If you're doing this without a candle focus on the emotion with the statement of intent upside down until you begin to lose interest or lose focus.

Then dispose of the statement without looking at what it says.

Step 6: Immediately dispose of everything used in the technique and forget about it

This technique is powerful because it drives it into the unconscious mind which contains the power to manifest as it is connected to a greater intelligence.

By keeping something in the conscious mind it is no longer in the unconscious which is stopping it from manifesting.

This can be easier said than done but once you have performed this technique the less you think about it the better the result will be.

If at any point you can't help but think about it don't panic just focus on the positive emotions you had driven into the candle and eventually you will not think about it.

Only perform this a few times per year, avoid doing it on a regular basis as this leads to poor results.

By becoming aware that money is energy and if we shift our unconscious associations to a more abundant mindset.

Our vibrations will change causing more money to be attracted.

And you now have a powerful technique to perform that will give these principles mentioned an extra boost. 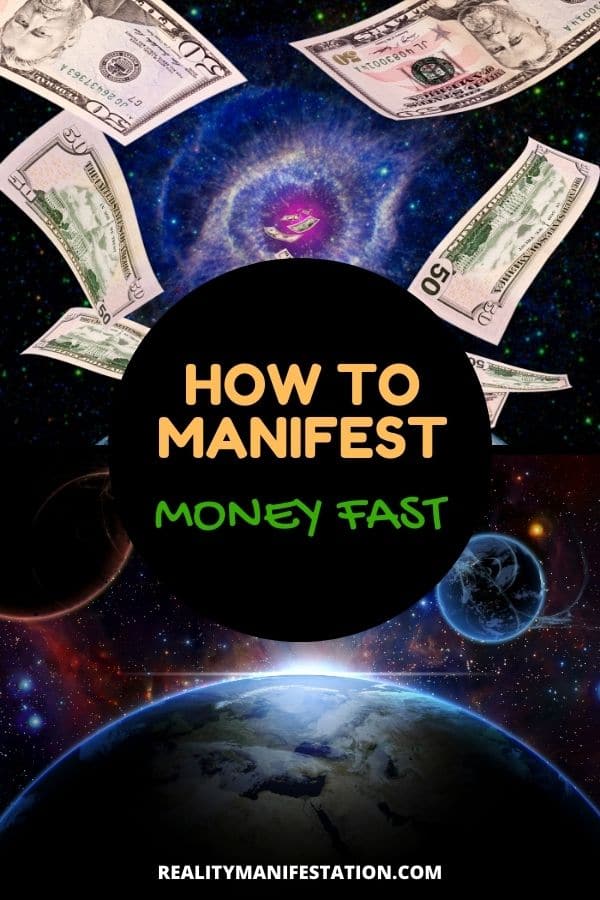 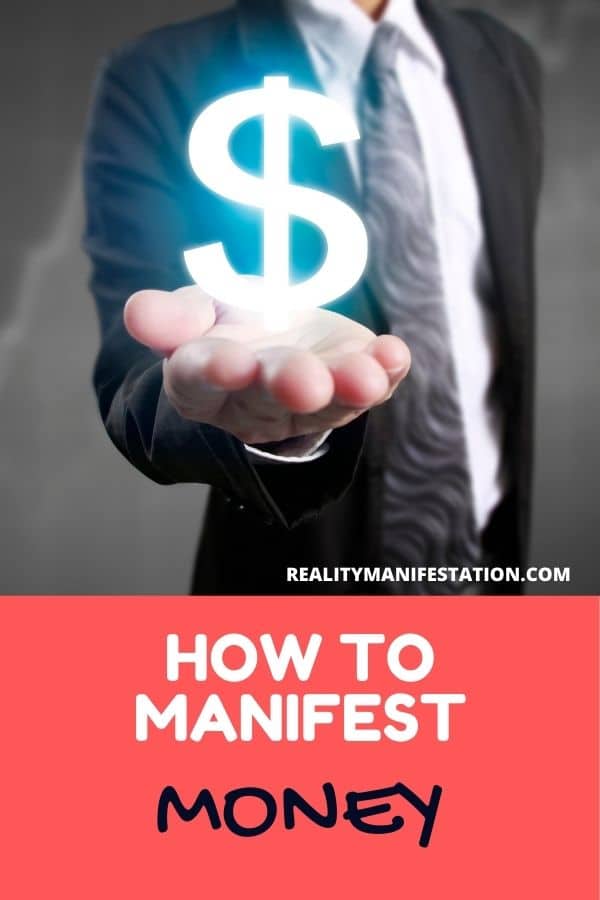 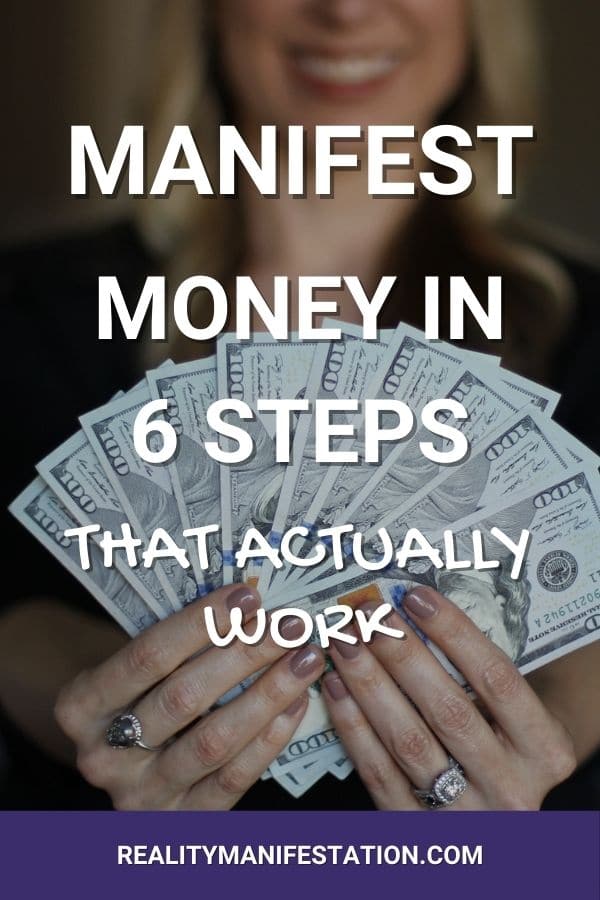 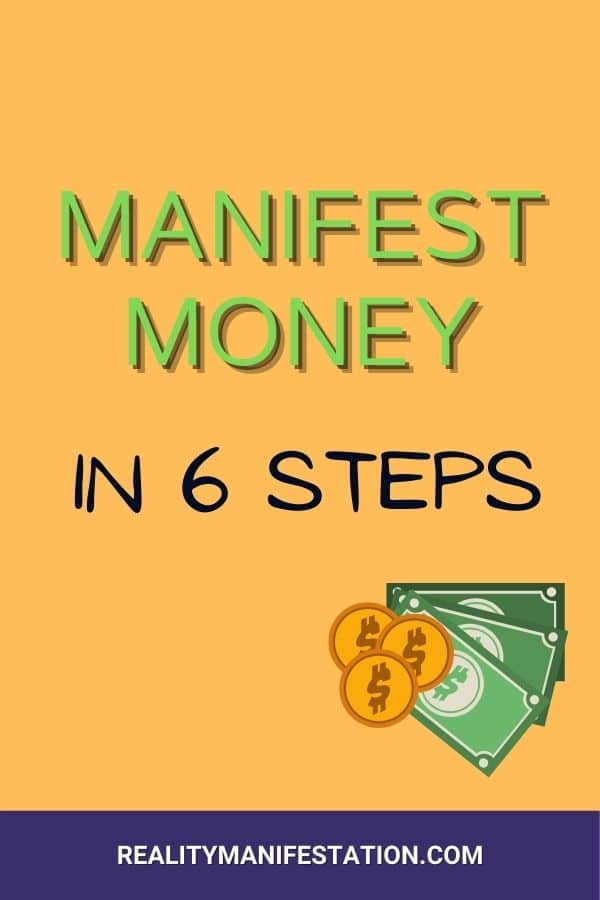 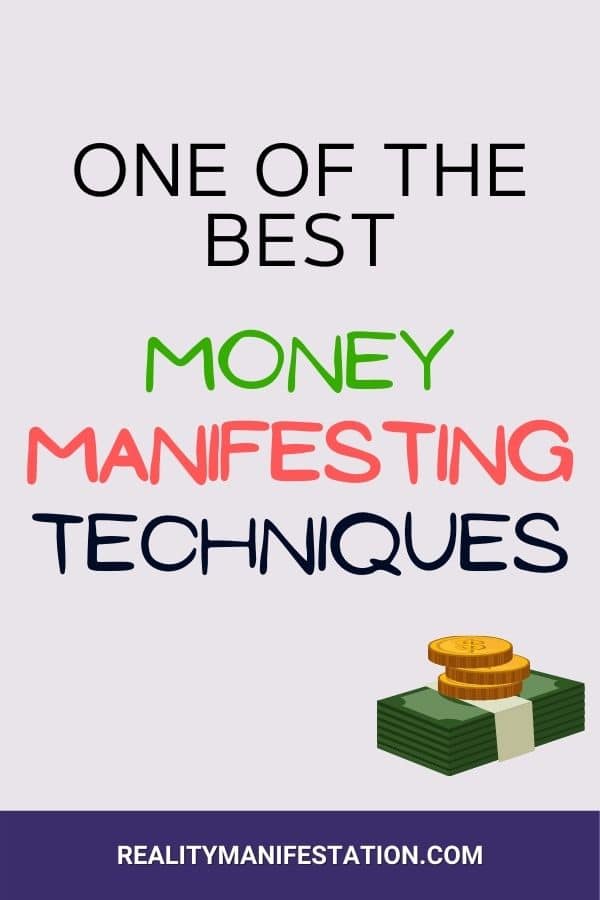 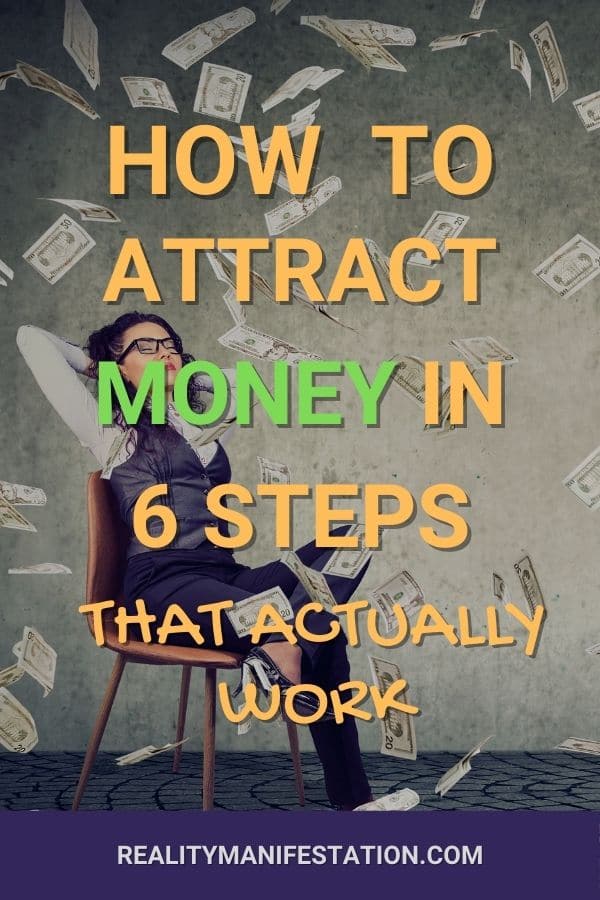